What makes the Western view of wellness and nutrition so different from traditional systems?

Here, ‘Western’ refers to the contemporary evidence-based system of scientific investigation that predominates in the West and is widely used around the world. Traditional refers to ancient methods of maintaining health that are still in use in much of the world, especially less industrialised countries. Ayurveda and Traditional Chinese Medicine (TCM) are good examples of traditional systems still used widely in India and China. 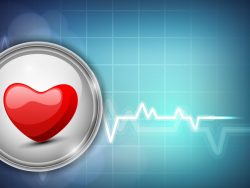 Ayurveda is an ancient Hindu philosophy relating to health and wellness, including diet, cleanliness, exercise, and sleep. Ayurveda practitioners describe three different doshas, characterisations of temperament and body type. Factors like diet, stress, and difficult relationships can lead to an imbalance of the doshas, and thus disease. Ayurveda suggests how foods should be eaten or avoided, prepared, and combined, and recommends herbal preparations and daily practices based on one’s dosha. Practitioners believe that properly combining food can improve digestion, reduce the formation of toxins, and balance different energies within the body.

TCM also describes different energies within the body, and practitioners use acupuncture, therapeutic massage, and tai chi to balance them. Similarly to Ayurveda, food is deeply connected to wellbeing and foods are believed to have properties beyond their nutritional value, including energy, flavour, movement, and effects on different organs. People consume certain types of food prepared in certain ways in order to restore harmony to their body.

How Do Traditional Systems Differ from Evidence-Based Medicine?

Western knowledge tends to operate on a reductive basis — the idea that everything can be isolated broken down into smaller and smaller parts which can be analysed to tell us about the nature of that thing. Where it came from is not important to describe it. In traditional systems, foods — as well as many other materials — are believed to be more than the sum of their parts. Where a food comes from is often important in determining its properties, and how a food will interact with individual people, not just its composition, is of great importance.

In many traditional systems of health and wellness, food plays a central role. It is used to prevent and treat illness and is surrounded by guidelines for selection, preparation, and consumption. This differs from the medicalised Western view of food, in which certain components, such as vitamins, minerals, or saturated fats, are linked with diseases such as vitamin deficiencies or heart disease, but foods as a whole are not. Similarly, little attention is paid to how foods are combined, beyond personal taste preferences.

Another key difference is the understanding of medicine as generalised in evidence-based systems versus individualised in traditional systems. In Western medicine, there is a standard treatment protocol for each disease or condition, but Ayurveda and TCM base recommendations on a person’s dosha or a particular state of imbalance. The individualisation aspect makes it hard to empirically test traditional systems within the framework of evidence-based medicine, where the gold standard is a randomised, double-blind clinical trial.

Something that surprises many people accustomed to evidence-based medicine is that people who use TCM and Ayurveda go to see practitioners when they are well — treatment maintains wellness and balance, it doesn’t just restore it. Many diseases are viewed as imbalances that can be avoided through proper diet and self-care, rather than something that occurs and is ‘defeated.’

Sometimes, traditional systems of health and wellness are viewed as myths and criticised for not being based on evidence. In fact, these systems are based on evidence — it’s just that they are based on the kinds of evidence available to humans thousands of years ago. Systems like Ayurveda and TCM evolved over thousands of years of careful observation and application. Today, we have more accurate scientific methods for understanding the impacts of different lifestyle factors, diseases, and treatments, and for explaining how they work. We also have a broader array of synthetic medicine available to treat illnesses. Ayurveda and TCM, and other systems reflect the reality to the fullest extent it was known at the time, and in many cases include knowledge that is still true. Though the explanations provided by these systems may not be correct, the concepts or treatments may be effective in practice.

In fact, the evidence does support many traditional concepts. Several modern studies have compared disease rates in groups of people classified by doshas. In a 2013 study (Manyam, BV and Kumar, A 2013), researchers found that Parkinson’s disease was more likely to occur in people whose predominant dosha is vata. Other studies have found that Ayurvedic treatments are safe and effective in providing symptomatic relief for arthritis (Krishna, KP 2011). There is also strong evidence that common Ayurvedic herbs like turmeric and ginger as well as practices like yoga offer measurable benefits in reducing inflammation and treating some conditions.

How Can We Use Both?

It is best not to view evidence-based and traditional wellness systems as opposing worldviews, but rather ones that offer complementary wisdom and healing practices.  We can use evidence-based medicine to evaluate traditional approaches for safety and effectiveness and embrace those that are helpful or do not cause harm. We can appreciate the holistic view traditional systems offer and do a better job of incorporating that into Western views of food and health. For example, Western medicine may be able to identify an inflammatory condition and offer prescription drugs to help manage it. At the same time, TCM or Ayurveda may offer suggestions about how to eat to restore balance and give the patient a more holistic sense of healing.

Another area that could benefit from the traditional view of maintaining wellness rather than treating disease as it occurs is preventative care. Despite our knowledge that there is a strong link between chronic disease and controllable factors such as smoking, diet, stress, and inactivity, relatively little effort is made to prevent these conditions. Instead, the effort is focused on developing drugs and procedures to treat these illnesses once they occur. By viewing health as something that must be constantly balanced and maintained through diet, hygiene, gentle activity, and stress-reduction practices, the incidence of many chronic diseases could be reduced.

Ultimately, Ayurveda, TCM, and other traditional wellness systems offer us a chance to look at health in a completely different way, and in doing so, to improve and maintain our sense of wellbeing. 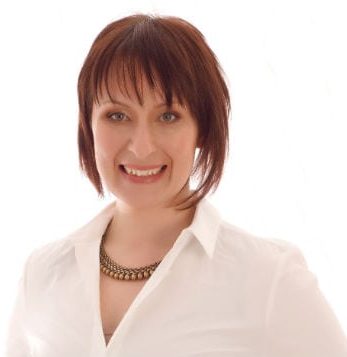